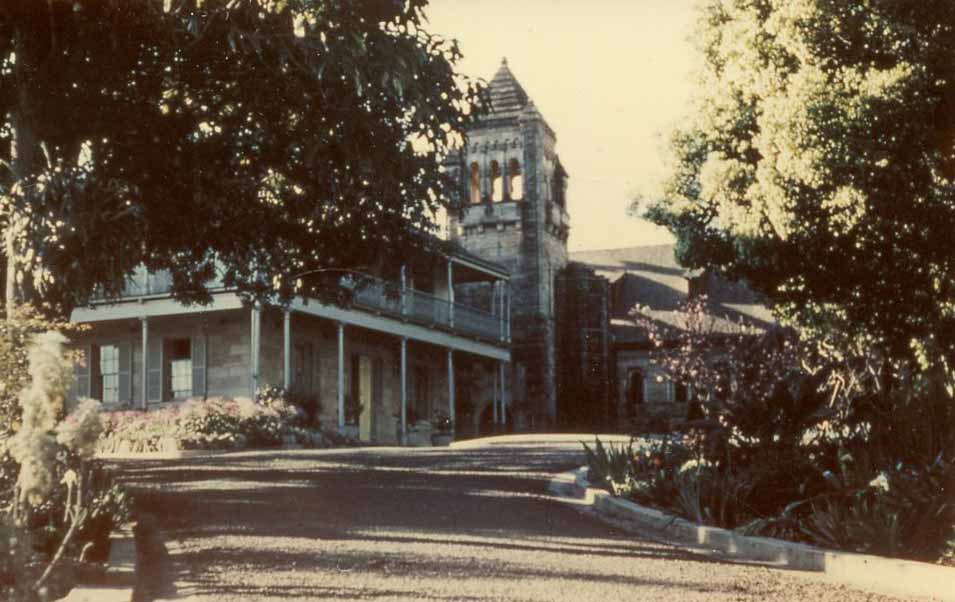 Take a journey back to 1955 and see The King’s School from the lens of a student’s camera.

For those whose foray into photography involved a camera before the days of digital, you may remember how precious a roll of film was and how carefully you weighed up whether you really needed that photo because developing your precious film was expensive and you didn’t want to waste a shot. Well fortunately for the Museum Collection a former student with a passion for photography was generous with his use of film and so his final years at School have provided for us an opportunity to discover what was happening behind the scenes during 1955 at The King’s School.

At the Senior School that year there were 497 students, 372 of whom were boarders and about 20 of those shared accommodation in the Senior Dormitory at Macarthur House (pictured below). Following Chapel, the Choir may have sung an anthem such as “Let us now praise famous Men” by R Vaughan Williams (pictured below), whilst lunch on Sunday involved a BBQ outside in the garden (pictured below).

While COVID has severely impacted the winter season of sport this year, in 1955 rain played havoc with the summer sport. Later in the year AAGPS Shooting at Long Bay (pictured below) resulted in wins for both the Shooting A (Champions) and B teams.  Rugby toured Queensland as training for a season, which saw them finish third behind the Champion St Joseph’s. At School “squash” became popular, as the Fives courts were remarked to enable the popular game to take hold.

Now, as then, the School Musical proved very popular and Gilbert and Sullivan’s “Yeoman of the Guard” was performed at Parramatta Town Hall for three performances during August. All the roles except that of Phoebe Meryll, who was sometimes played by Mrs Cuff, were played by the students. Ian Maitland, in the role of Jack Point was the stand out performer according to the School Magazine review (pictured below). The other dramatic performance for the year was a comedy by Christopher Fry entitled “The Lady’s not for Burning” and again the roles, all performed by the students were congratulated on a job well done when reviewed in the Magazine.

So, to former student Chris Seccombe, (TKS 1952-55) member of the Premier Shooting B team, thank you for choosing to donate your precious memories so we can explore behind the scenes at The King’s School in the mid 1950s.

From Left to Right: Macarthur House Senior Dorm, Macarthur House, Choir Practice, Sunday Lunch, AAGPS Shooting at Long Bay and the winning A team, as well as photos from the School Musical and a photo of Chris at the Parramatta Hospital.

Towards a Dark Matter Breakthrough