Towards a Dark Matter Breakthrough 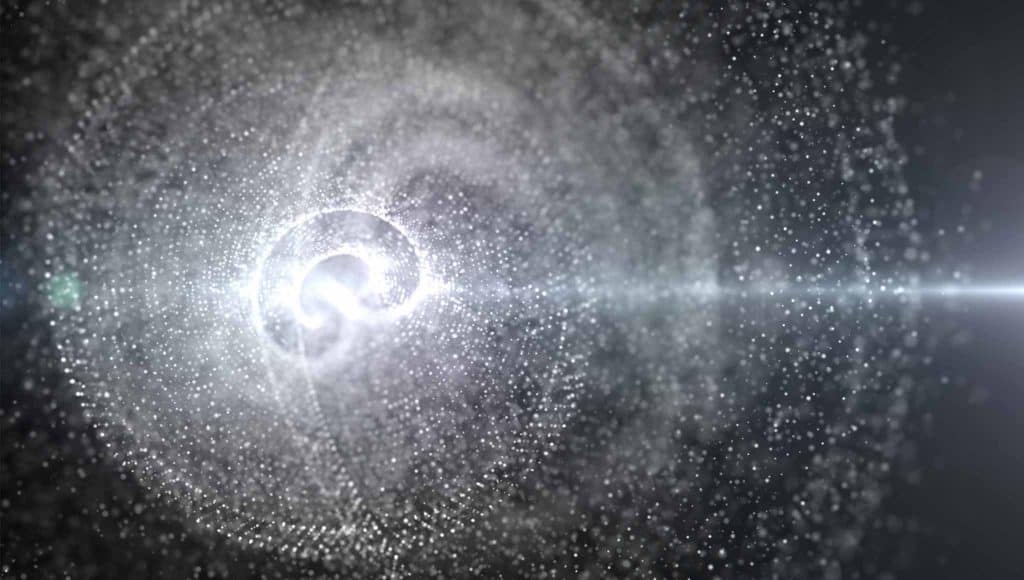 King’s students are helping to solve one of the most fascinating problems in science.

Physicists have been trying to understand the mystery of dark matter for many years. Although it cannot be seen by the human eye or through instruments, it may account for 85% of mass in the universe; galaxies would not hold together without dark matter. Researchers have only been able to identify the existence of it from the gravitational effect it has on visible matter. A new way to look for this mysterious substance could provide a greater understanding of what dark matter is and change science as we know it.

The Leader of Science Education at The King’s School, Professor Peter Wilson, and his colleagues, believe they may have found a new way to look for dark matter particles. Peter was recently awarded the Gordon and Betty Moore Foundation Visitor Award by the American Physical Society. Part of his prize is a visit to the State University of New York, Albany, an exciting opportunity to collaborate and exchange ideas with particle physicists.

Working with his colleagues, Peter recently had an article published in Physical Chemistry Chemical Physics (PCCP). The article describes how neutrons can cause the nucleation of supercooled water, a previously unknown phenomenon. The team will now design a long-term experiment to search for dark matter particles, thought to behave in a similar way to neutrons. The experiment and measuring systems will ideally be placed deep in mines, potentially in South Dakota in the US and in the Stawell Mine, here in Victoria.

“I’ll work in the physics department with the particle physicists to figure out the volume of water we need when looking for dark matter, how to keep the liquid at -30°C and how to shield it from cosmic radiation,” Peter explains.

Scientists from all over the world have created experiments costing millions of dollars to try to understand dark matter. “We don’t know how much energy each hypothetical dark matter particle has. This experiment, using supercooled water, will look at the low end of the energy spectrum, in case that’s where dark matter particles are found,” he explains, adding that no other researcher is experimenting this way. Supercooled water is simple and inexpensive and it will be an exciting breakthrough for science if the experiment confirms dark matter causes nucleation. Supercooling lowers the temperature of a liquid or a gas below its freezing point without it becoming solid.

Students of The Future Project at King’s are fortunate to participate in this project. Two more physical science classes will become part of The Future Project next year, which will be involved in simple projects as part of the research. These may include how to produce ultra-clean water, how to look for the triggering of supercooled water when it is frozen and how to control the experiment with software so it runs autonomously for years. “Students can take part in lots of simple projects to contribute to the research,” Peter said.

This is an exciting opportunity for the school and students to increase our understanding of the universe.