The King's School is Australia's oldest independent school. Founded in 1831 by the command of King William IV of England, King's was established as a boys' school that would provide Australia with its next generation of leaders, through a community-centred ethos of humility and service.

We continue to honour this vision and many of the traditions set out so many years before.

Situated on 320 acres of beautiful parkland in the demographic centre of Sydney, King’s endeavours to give educational leadership by contributing richly to educational and social debate.

Its teaching resources, particularly in the area of boys’ education, boarding and the development of leadership skills, are used around the world. 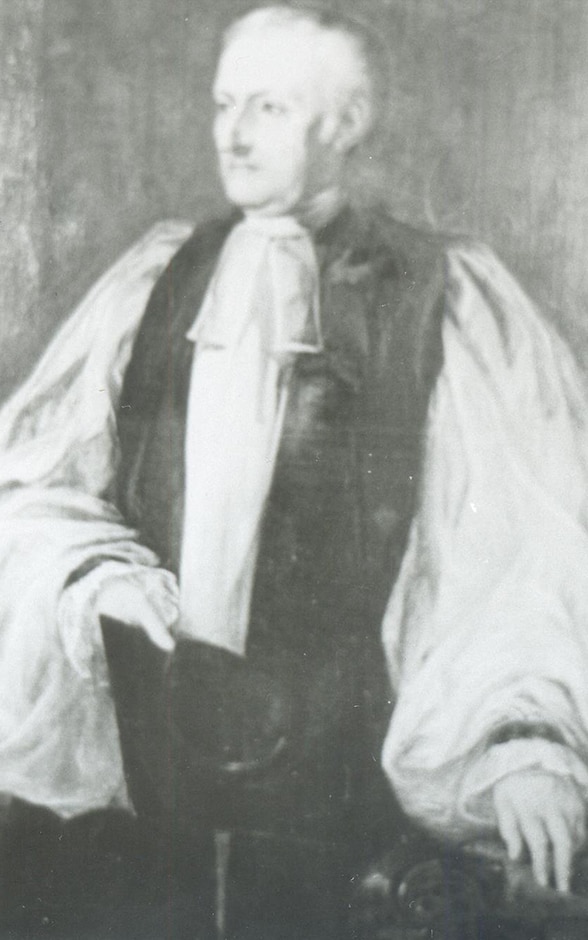 “The education received in The King’s School is not for the exclusive benefit of those upon whom it is bestowed, but for that of the entire community.

Those educated at The King’s School should enjoy those advantages of liberal education which can alone expand and invigorate their understandings in the degree which their rank and employment will call for, and give them those enlarged and liberal views of morals and the science of government, those sentiments of independence, and that fixed impression in favour of revealed religion and correct representation of its doctrine, which afford in any country the surest guarantee that its affairs will be well and honestly administered.

We must beware the form of education where the learner, being enabled to make a display of information, is elevated in his opinion to his own powers. Experience proves persons having their memories cultivated at the expense of judgment are prone to contravene all established opinions, to despise the authority of all former times, and to decide without hesitation upon points which have exercised for Ages the minds of the most reflective men.”

The School has seen and done much since its foundation: its first three young students arriving for lessons in 1832, two World Wars, a Centenary celebration, several relocations, additions and extensions, and 20 Headmasters. The School’s rich history is too great to convey in full in this context, but we provide a ‘snapshot’ of key periods..
1831 – 1835

Foundation of the School

School founded by Bishop Broughton under the Royal patronage of King William IV. Rev. Robert Forrest was the Headmaster when three students arrived on the first day, 13th February 1832 in rented premises in George St Parramatta. By the end of 1832 there 12 day-boys and 41 boarders accommodated in two cottages adjoining the schoolhouse.
1831 – 1835
1836 – 1864

The school moved to a new site in Parramatta on land that had been the finest cherry orchard in the colony. There was an epidemic of Scarlet Fever in1843. The School badge was adopted in 1859. Students followed a mostly classical education.
1836 – 1864
1864 – 1868

The School temporarily closed due to the roof collapsing in severe rain. Most of the students transferred to St Mark’s Collegiate, Macquarie Fields where the Headmaster was Reverend George Fairfowl Macarthur, a past student.
1864 – 1868
1868 – 1906

Rev Macarthur was persuaded to re-open the School, bringing with him 38 students and two masters. The Cadet Corps was founded in 1866 at Macquarie Fields, making it the oldest Cadet unit in Australia. In 1870 the first game of rugby was played at the School and in 1880 the school hosted the first game of Association Football in NSW. This period saw the building of the Chapel, the introduction of the monitorial system and the publication of the magazine. The Old Boys’ Union was established in 1893. Many boys matriculated to Sydney University and one, Percival Stacy Waddy, became Headmaster in 1907.
1868 – 1906
1907 – 1919

Prep School and the House system

The second Old Boy to become Headmaster, Stacy Waddy introduced changes that remain integral to the School today. The Preparatory School was established in 1909 and the House system was introduced. Waddy resigned in 1916 to serve as a Chaplain with the AIF coming into contact with the many Old Boys who served in WWI. The next Headmaster, Reverend J Pattinson died at the school in 1919.
1907 – 1919
1919 – 1938

The post-war period saw a period of growth in both numbers and buildings. Thomas House was established and the Chapel extended as a memorial to the 101 Old Boys who had given their lives in the Great War. From 1919-32 the headmaster Rev E Baker encouraged boys to work hard, play hard and pray hard and the School excelled within the AAGPS competition. The school celebrated its Centenary in 1932. Mr Hake, the first non-clerical headmaster was appointed in 1939.
1919 – 1938
1939 – 1964

Despite the war, the school continued to grow. Headmaster Denys Hake was to oversee the school through this difficult time of rationing and blackouts. The King’s School began its formal association with Tudor House in 1942 with many of the Year 6 boys continuing their education at The King’s School, Senior School in North Parramatta.

Student numbers had never been as high and new subjects were introduced, particularly in the arts. It became obvious that the school would have to move if it was to continue to grow. A generous benefaction enabled the School to relocate to “Gowan Brae” in North Parramatta.
1939 – 1964
1965 – 2017

This period saw the establishment of the school at Gowan Brae and the provision of new facilities under Rev. WS Kurrle. The Wyndham Scheme saw the introduction of Year 12 and changes to the curriculum. While the number of day boys increased the School has led the way as a centre of excellence in boarding school education. Under Headmaster, Dr Timothy Hawkes 1998-2017 the school focused on excellence in Boy’s Education and Leadership.
1965 – 2017
2017 –