Are leaders born or made? 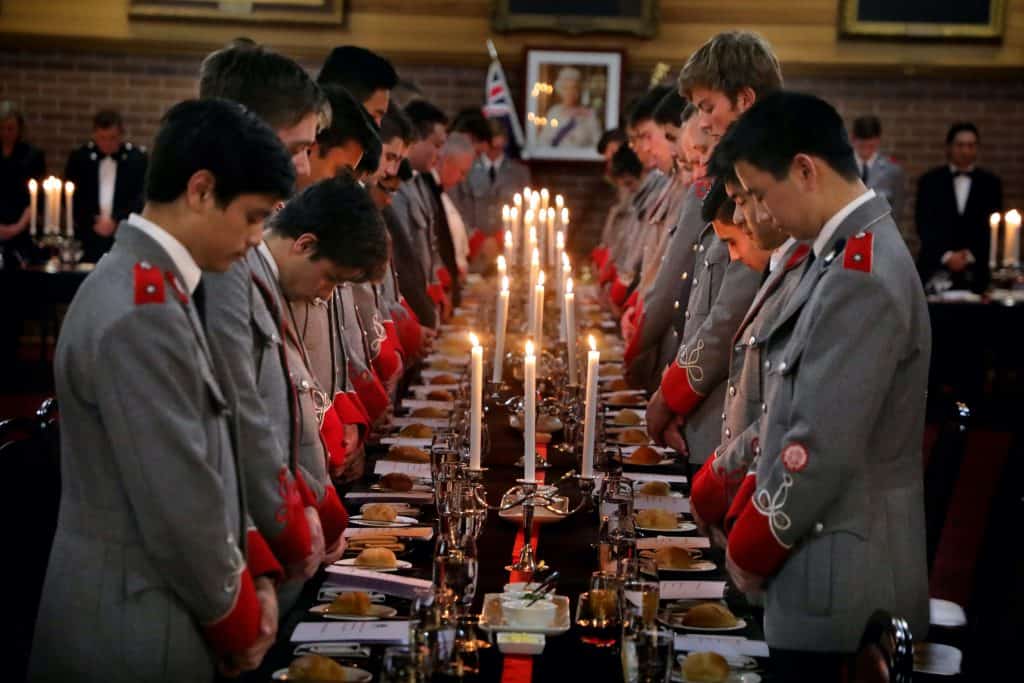 From our Headmaster, Mr Tony George:

Or do they simply have leadership thrust upon them? It was Shakespeare in Twelfth Night who observed through the character Malvolio,

“Some are born great, some achieve greatness, and some have greatness thrust upon ‘em.”

The substance of this quote has since been channelled through a plethora of leadership quotes, from Theodore Roosevelt to Harry Potter, whether it be greatness, power, or leadership.

The distinction between whether or not human qualities, such as leadership or character or musical prowess, can be attributed to nature or nurture (or both) has been of perennial debate. While there is no doubt that natural ability and talent provides a distinct advantage, it is the context of nurture that brings natural abilities and talents from potential to realisation. Further, we ought not underestimate the significant influence that nurture can bring to seemingly limited natural abilities and talents.

Our mission statement describes The King’s School as a Christian community that seeks to make an outstanding impact for the good of society through its students, and by the quality of its teaching and leadership in education. This mission statement is the basis of our distinctives of Global Thought Leadership, Academic Excellence, Character Development and Christian Community.

Global Thought Leadership is how we have been talking with our students about our understanding of leadership at The King’s School. First, our context for leadership is a global context. Our graduates will live their lives this century in an increasingly global context. Transportation and telecommunications have made the world closer and more connected. Our School demographics reflect the global demographics of Sydney as Australia’s leading global city. Our families and students come from all over the world and will live and work all over the world. Consequently, The King’s School is no longer just an Australian school, but an Australian school of global significance and reach. While The King’s School continues to strengthen and enjoy its uniquely regional history and identity through our regional families and their children, increasingly it is these families who are all the more aware and connected with the global markets of this global century.

Second, whatever else we might say about leadership, it is fundamentally concerned with decision making. I often say to our students that leadership begins with leading your own thought world. The ideas we have and the decisions we make are the basis of leadership. And, while we may not all lead all of the time, we all follow and will all lead some of the time – whether at School or as parents, community or business leaders. Good leaders know what it means to be a good follower, and whether we are leading others or following others, good leadership requires critical thinking. Followers who do not think for themselves, follow blindly. Leaders who do not think critically can become deluded and resort to coercion. Good leaders lead because they enthuse, inspire and persuade. Good followers follow because they are enthused, inspired and persuaded. Certainly, leadership is enhanced with a whole range of personal qualities and attributes, but at the heart of good leadership is good ideas and good decision making.

Thought leadership requires a certain quality of mind, what we commonly refer to as academic excellence. This is not to say that only the top 5 or 10 percent of our students will be leaders. Rather, it is to say that every one of us should strive to be the best we can be academically, that we should all strive to attain the knowledge and skills necessary for good decision making. With so much opinion being presented in the media and news as fact, we need our students to be critical and discerning in what they understand to be true and meaningful. It is important that we do not limit our understanding of leadership to what leaders do, but think of leadership as an iterative relationship between leaders and followers as we discuss, explore, consider, make and support decisions as a community. Sometimes, leaders need to step in and make a decision for others, invariably in times of crisis or disagreement. However, this should be rare as communities that consistently rely on a single leader making decisions all the time are often unhealthy and vulnerable to despotism. In general, healthy communities are those that have a shared sense of purpose and direction, that exhibit healthy debate and discernment, and consistently make and support distributed decision making.

Thought leadership benefits from a certain quality of person, what we commonly refer to as character development. In many respects this is the core distinctive of The King’s School. If we think of knowledge and skills as making up the various “tools” of our thought “toolbox”, then it is the character of our students that directs the use of these tools. The character of our students is summed up in our School’s values of humility, honesty, respect, responsibility, integrity, compassion and excellence. There are many more values that we could add to this list that describe the character of our students, but these are those that we have chosen to exemplify the character of a Kingsman. Significantly, the starting point is humility, for it is from a position of humility that we are able to be honest with ourselves and each other, that we are then able to truly respect one another and step up to take responsibility as individuals and as a community. Humility drives out arrogance and hubris, and positions us as genuinely able and willing to serve others. There is no doubt that character of this kind engenders trust in one another, and trust is critical for good and effective decision making, for leadership. Taking responsibility in turn gives rise to personal and organisational integrity that encourages both compassion and excellence.

I believe that character is more “caught” than “taught”, and it is primarily in the context of adversity that we develop character. It is when we are challenged on the sporting field, or in the outdoors, or on the stage, that character is formed. For it is in these contexts that we have to face our limitations and failures and push through them for the betterment of others. It is when we see others depending on us that we step up to the challenge, and it is when we let them down that we seek their forgiveness and restoration. In some respects, it is not so much that leaders are natural achievers, but that they are natural failures who have learned and strive to achieve despite and through their failure. It is important that our students have opportunities to develop character by failing fast, failing well and failing often. The School’s extra and co-curricular offerings are ideal contexts for failing…and succeeding, for developing character that is grounded in humility and exemplified in honesty, respect, responsibility, integrity, compassion and excellence.

Finally, thought leadership depends on the Christian community of The King’s School, one that is inclusive, egalitarian and committed to the betterment of others. There is no doubt that religion gets a bit of a bad rap in this modern scientific age. However, regardless of the various charges from superstition to moralism, the central message of Christianity is essential for our understanding of leadership. The meaning and significance of God becoming human for the sake of saving His people through His own self-sacrifice on a cross ought not be lost in our understanding of leadership. The very notion of Servant Leadership referred to by Robert Greenleaf owes its understanding to Christianity, as does our understanding of Pastoral Care with the image of a shepherd who cares for his sheep. Our Christian community is the nurturing context of serving others and encouraging each other to lead with humility and kindness, to lives of excellence for the sake of others. As God gave himself for our sake, we should give of ourselves for the sake of others. And our students do this so well in the care and support for one another, in community service and in extravagant acts of outrageous goodness and kindness. That said, we’re not perfect and we need to keep striving towards the Christian ideal that motivated Bishop William Broughton to declare in 1832:

“The education in The King’s School is not for the exclusive benefit of those upon whom it is bestowed, but for that of the entire community.”

For The King’s School, this is the true test of our global thought leadership in and through our graduates.

Are leaders born or made?